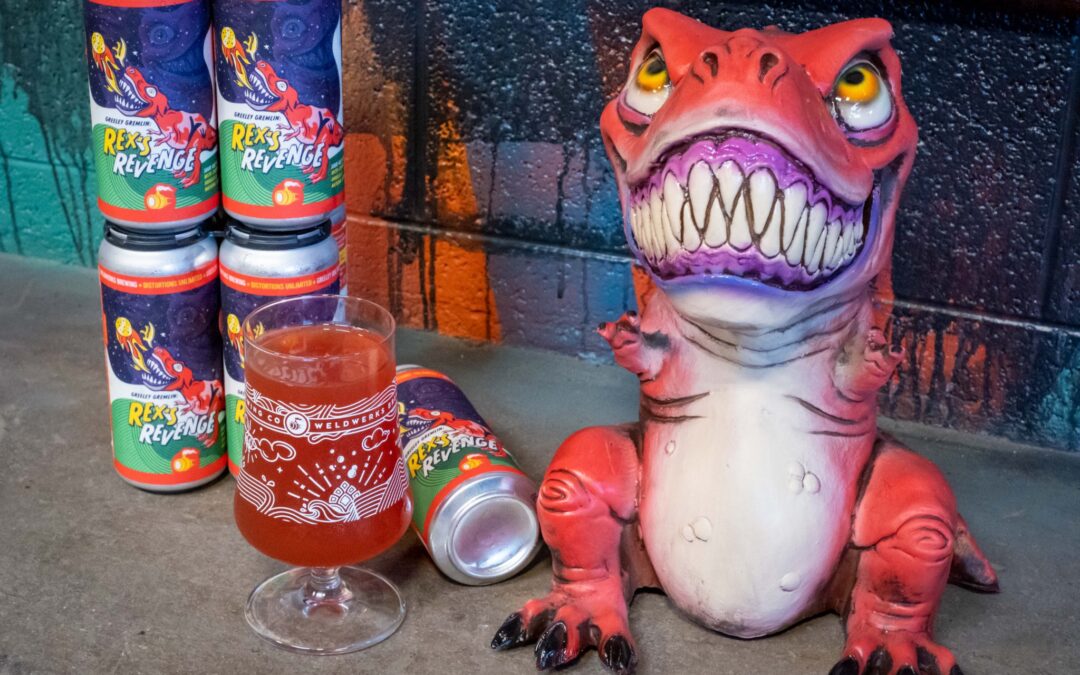 In conjunction with our annual Monster Day Celebration, our neighbors down the street at WeldWerks Brewing Company have concocted a delicious addition (for those over 21) to the Monster Day Festivities. A cherry and vanilla sour ale called “Greeley Gremlin: Rex’s Revenge,” and they are releasing it a day before Monster Day!

WeldWerks has made a name for themselves around the globe as pioneers in the beer industry, and locally for great beers and numerous charitable contributions. So, we couldn’t be happier to be a part of this monster release! Aside from a great name and a killer label, WeldWerks is also going to donate $1 for every pint of Rex’s revenge sold to Don’t Be A Monster, the charity Monster Day Greeley supports. (It’s a national nonprofit that organizes programs to raise awareness about bullying prevention in schools.)

Your invited to join us at Monster Day this Saturday (August, 20 2022) in downtown Greeley and enjoy all the photo ops, music, art, food, entertainment, and costumes in celebration of all things monster. And you’ll probably want to add a stop at Weldwerks this weekend to get yourself a test of Rex’s Revenge!